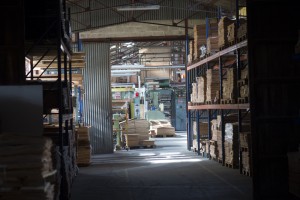 The Lécuiller Company is located at Tonnay Boutonne in France, close to La Rochelle and Bordeaux, in a valley where poplar trees line the banks of our river La Boutonne which quietly flows…

In the first half of last century, it all began with a sawmill and the river was carrying the poplar logs to the mill and carrying the processed wood away from the mill. This was one of the main sectors of activity in Poitou-Charentes at that time.

In the late 1930s, Raymond Lécuiller took over the sawmill. In 1960, under the leadership of his son, the company was devoted to the manufacture of moulded plywood for the office furniture industry and domestic furniture market, and quickly in the luxury sector. The logs were then laminated on site. In parallel, new customers (hotels, shops, shopping malls …) came on stream.

The company has grown steadily and acquired, in the 1990s, along with his first digitally controlled cutting machines, a unique press for the molding of large parts, for example, even today it is in Tonnay Boutonne that Chevillotte competition billiards sides, world leader of high-end competition billiards, are manufactured.

Knowledge is the springboard to Innovation

In September 2014, Didier Pineau, co-founder and former CEO of Europlasma, bought the company with the belief that the accumulated know-how and the talent of the workers are an outstanding asset.
He has a passion for entrepreneurship and has a passion for wood. While he likes to challenge the future, he knows that tradition and experience are the building blocks of the future. He also knows that a “challenge” leads recovery and self-esteem.

Lécuiller employees are keen to help build the future of the company as it remains one of the very few independent manufacturers of moulded wood in France. The incentive is not just financial: in Lécuiller, the sense of commitment and responsibility is instilled in all employees. The company already combines the expertise of craftsmanship with industrial responsiveness. Its heritage is unique, and will remain so in the future.

Tomorrow is written today: the challenge has been launched, but the whole team has already answered. One year on, the arched gallery of Martell Cognac, an outstanding realization, gives them another reason to drive the young sixty-years old company on into the future.

The combination of craftsmanship and manufacturing efficiency Retour en haut